Friday Fun : So Much Stuff

Posted on September 8, 2017 by sheliagaines

The only thing I remember from move in day my first year of college, circa 1980 is

my father asking if I was supposed to bring all that stuff. Initially, I was fortunate

enough to be in a dorm that did not have an elevator, so my father may have

actually used a more colorful word for stuff as he lugged the heavy, blue

trunk up three flights of stairs to my room. He and I were able to take everything

up to my room in one or two trips. 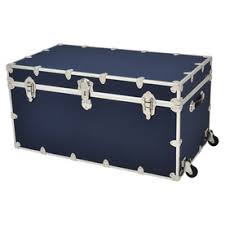 This memory came to me unbidden a couple of

Fridays ago as I watched

staff members prepare for Warm Welcome, which is

move in day here at the

university. . A new crop of students arrived on

campus in cars, truck, and trailers

microwaves. I wondered what my father would have thought of all the “stuff”

Stuff is one of many words I was amazed to find used in the bible. I don’t know

why it surprised me so much. It just did. Stuff is not a word that sounds scriptural or

sacred. But, apparently, it is. Jacob’s father-in-law searched his stuff when

Rachel stole from him in Genesis 31. When some of David’s men were too tired

to continue on in one of the battles, they were allowed to stay behind with the

negative. Bringing too much stuff with you on a weekend trip or to college.

Having so much stuff when you get ready to move, that you give some away and sell

even more at  yard sales. Or, having a junk drawer full of stuff that will eventually

just be thrown away.

Of course, these are valid observations.However, each year when we help students

move in to the dorms, stuff ends up being serious business. We tell incoming

paperwork, picked up their keys,etc.

Not surprisingly, we get more than one skeptical look. We have to reassure them

that we would guard their stuff.

Just for fun, I thought I would challenge you today to look at your spiritual stuff.

Do you have bibles, books and journals that you never open? Do you revisit all those

you are applying those principles to your daily life? Is there so much stuff going on

in your life that your faith walk suffers as a result?

Remember, this is Friday fun. It’s not a reprimand. It’s just a challenge. Take stock

of everything God has equipped you with. Don’t let it go to waste.

This entry was posted in Uncategorized. Bookmark the permalink.

2 Responses to Friday Fun : So Much Stuff